Litecoin (LTC) price could be set up for a very bullish ride, while most cryptocurrencies are under the scrutiny of the stronger dollar and the dire economic environment. From a purely technical point of view, Litecoin is trading in a very bullish pattern that is still holding and does not look to break down anytime soon. Expect to see the grind higher with a definite break to the upside near November.

Litecoin price is set to jump another let higher as it is set to reclaim the 55-day Simple Moving Average (SMA) as a false break triggered a bull trap, where the green ascending trend line saved bulls from more downturn and losses. As this week, bulls used that same trend line to bounce off, this time, bears could be in for a surprise. Additionally, with the start of a new month, fresh pivots are set, and the monthly pivot for September is bang on the current 55-day SMA at $0.57.

LTC price thus can reclaim a very important area as long as bulls can trigger an opening above that level on Monday. With the Relative Strength Index (RSI) still subdued, it would be the right time to finally let Litecoin price trade higher to give a little pushback against the bearish strength for almost eight months. From the formation on the chart, it looks like a real breakout of the bullish triangle is foreseen near November. 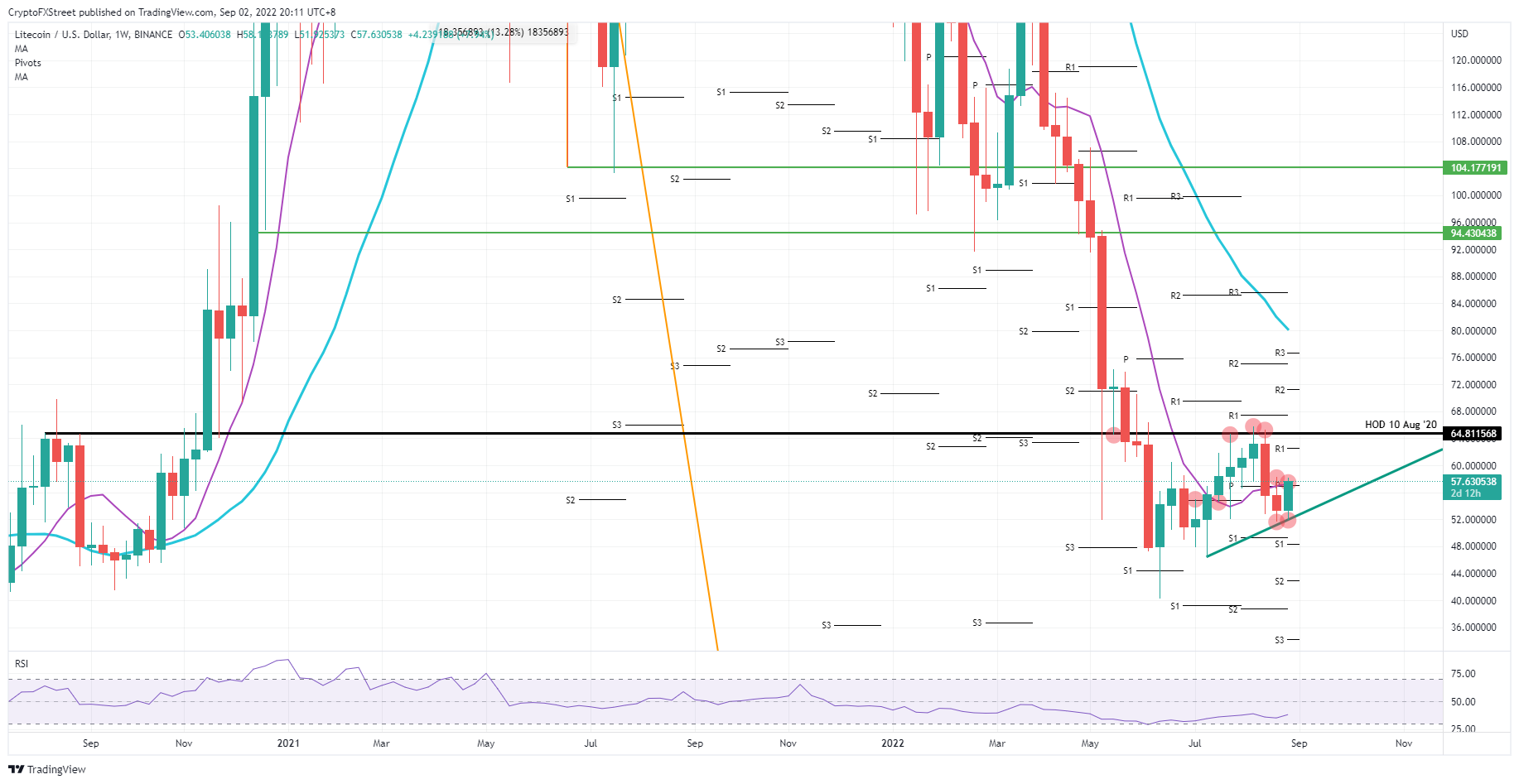 Sooner or later, traders in Litecoin could be caught up by reality, and once LTC price becomes correlated with global markets, price action could take a huge step back. Expect price action to be pushed against the ascending trend line near $52. Once price action trades below, a full unwind of the rally will occur, with Litecoin price set to trade near $40.

| All About Bitcoin Video – CoinDesk