OODA Loop – How Hackers Are Stealing Billions In Cryptocurrency

Why Cryptocurrency Is The Next Step In The Evolution Of Money

Celsius Network Ltd., the bankrupt cryptocurrency lender, is attempting to return coins to a small number of users who have been locked out of their accounts.

The company requested permission from a US bankruptcy judge to release almost $50 million in cryptocurrencies held on the site in so-called custody accounts, which were designed to store digital assets rather than earn returns. According to court documents, a full hearing on the request is scheduled for October 6.
The move reflects a schism among the many thousands of people who were harmed by the company’s insolvency. 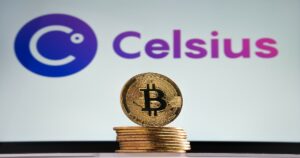 According to the company, customers who deposited cryptocurrency with the intention of collecting interest on their holdings handed over ownership of the coins to Celsius, whilst others who just stored their assets on the platform technically retained possession to the coins.

Celsius’s request for $50 million is only a fraction of the more than $200 million stuck in custody accounts on the platform. This is because many users transferred their holdings from interest-bearing accounts to custody arrangements just before the bankruptcy, which may allow Celsius to take ownership over the coins, according to a lawyer for Celsius at a Thursday hearing.

The custodial accounts represent only a small portion of the crypto users who have not recovered from Celsius. According to court documents, the market value of assets in so-called earn accounts was almost $4.2 billion as of July 10.

Celsius Network LLC, 22-10964, US Bankruptcy Court for the Southern District of New York is the name of the bankruptcy case (Manhattan).

OODA Loop – How Hackers Are Stealing Billions In Cryptocurrency

Cryptocurrency continues to sit at the forefront of finance news. Led by juggernauts such as Bitcoin or Ethereum, cryptocurrency (or simply “crypto”) offers a new way to invest...

Why Cryptocurrency Is The Next Step In The Evolution Of Money

Cryptocurrencies are often seen as the next step in the evolution of money. They have the potential to provide a more secure, efficient, and transparent way of conducting...

The Lagos State Police have arraigned a cryptocurrency marketer, Temitope Longe, before a Federal High Court sitting in Lagos for allegedly obtaining the sum of N51,789,222 by false...

3 Ways to Increase Your Income on Cryptocurrency Market

Sabrina Martins Vieira Learn other ways to increase your capital in addition to keeping your cryptocurrencies in storage Although buying Bitcoin (BTC) and keeping it in your wallet...

Kraken Details Ways to save Itself during Cryptocurrency Decline

The cryptocurrency bubble is bursting, the crypto winter is here, and the digital currency market is in decline. Whatever descriptor you want to use, these are dark times...

Top 4 Misconceptions About The Ethereum Merge

That’s why you should consider GryffinDAO