What Is Chainlink CCIP? Guide To Cross-Chain Interoperability Protocol 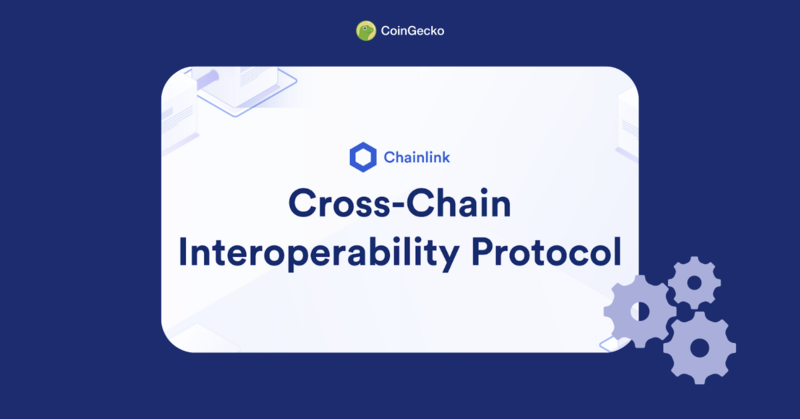 One of the major highlights in Chainlink’s 2022 roadmap is the Chainlink Cross-Chain Interoperability Protocol (CCIP). With the CCIP, Chainlink hopes to solve the interoperability issue plaguing smart contract blockchains.

A majority of new developments in this space are channelled towards creating a fix for these shortcomings and creating efficient communication between these platforms and the decentralized applications built on them.

Cross-chain bridges provide frank services – you can truly move your tokens to a different blockchain using bridge facilities. But it is far from solving the interoperability issue. In addition, it comes with tons of security and user experience issues. A Chainalysis report estimates that over $2 billion has been lost in cross-chain bridge exploitations in the first three quarters of 2022 alone. Bridging technologies are complicated and most times leave room for exploitation.

Besides the security lapses, cross-chain bridges are still underdeveloped and only useful for asset bridging. This, in fact, is still miles away from establishing a real ‘communication’ between blockchains. True interoperability between blockchains will enable one chain to use the facilities of the other. Not just exchange information recorded on their ledger.

Developers building decentralized applications can leverage the Chainlink CCIP to piece together features of different blockchains in one smart contract. The idea is to construct a smart contract that is in essence multiple contracts on multiple chains interoperating with one another. With this, developers can build an application that enjoys one blockchain’s speed while utilizing the security system of another blockchain and the scalability facilities of other chains.

Applications powered by the CCIP will ‘unite’ blockchains and enable seamless interactivity between them, using one piece of smart contract code. Developers will be able to use multiple blockchains for the (individual) features they like. For instance, a single application will be able to utilize Ethereum blockchain’s security and decentralization, Polygon blockchain’s speed, and scalability, and utilize multiple decentralized oracle networks to provide data services.

If one could easily put together the features of two different systems, the super-hybrids created will inevitably usher in many possibilities. Applying this to contemporary smart contract blockchain, every enthusiast can easily imagine a super-hybrid of their choice and what these hybrids could bring to life. Here’s what you can create with Chainlink CCIP:

Relative to other smart contract blockchains, Polygon blockchain’s transaction fees rank among the most economical. While using a relatively costlier chain, you’d cherish paying a cheaper fee to have your transactions executed. The Chainlink CCIP makes it possible for one blockchain to leverage another blockchain’s facility to process its transactions and simultaneously bridge the data back for settlement.

Chainlink CCIP will allow users on one blockchain to borrow assets locked on another blockchain. Decentralized loan facilities on different chains could vary in liquidity, interest rates, and the fees paid to use the facility.

DeFi farms across different chains might offer varying yield percentages for the same liquidity pair or single-side staking. Chainlink’s CCIP will make it possible for yield farmers to farm interests on different chains. It optimizes yield harvesting by allowing farming and aggregating across multiple blockchain networks that provide the highest returns on assets. Users’ assets can be easily moved around across chains to the farms that offer the best yields.

Related: What is Yield Farming and How to Yield Farm in 4 Steps

With the possibilities that the CCIP offer, new and sophisticated DeFi applications will emerge by combining the abilities of different chains and complementing them with the extra features of the ICCP. Super-hybrid application with extensive features. These applications will be the ‘best of both worlds’ and differ considerably from current applications, especially in efficiency.

The Cross-Chain Interoperability Protocol mediates between blockchains. It creates a pathway for blockchains to send and receive messages between each other. Messages sent through this pathway vary to a large extent. They may include, Initiated smart contract transactions, account data, or crypto asset transfers.

According to Chainlink’s founder, Sergey Nazarov, applications built using the CCIP will be compatible with web2 systems, existing interfaces, and wallets. This means that developers will not need to worry about building new systems to support their CCIP-powered decentralized applications.

One of the applications powered by the CCIP is the programmable token bridge. With the programmable token bridge, users and smart contracts can send tokens and commands to other blockchains. For users, a good knowledge of how the other blockchain works aren’t necessary. Bridged smart contract commands will run perfectly on the destination chain without being modified by the developer.

The CCIP will be secured by Chainlink’s Anti-fraud network. The Anti-Fraud network is a committee of autonomous nodes that screen transactions on the CCIP to detect malicious transactions. The network adds an extra level of security to the CCIP. It acts as a transaction verification layer and performs regular checks on the CCIP facility. 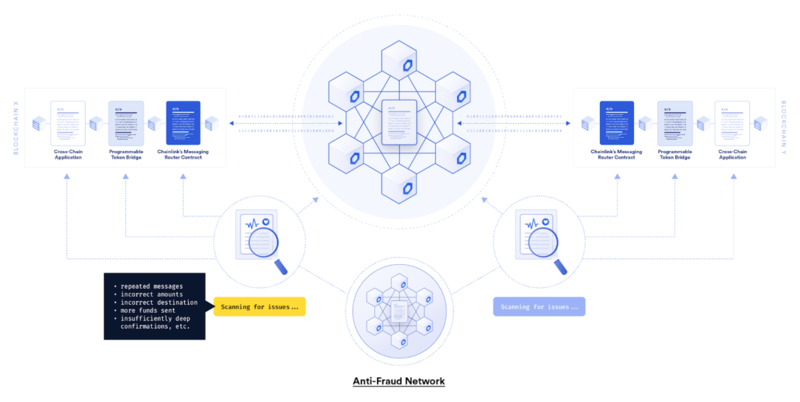 The CCIP’s release was announced on August 5, 2021. Since then, efforts have been made toward optimizing its technology pending the final release. On January 27, 2022, Chainlink announced the addition of Christian Catalini (Chief economist and Co-creator of the now defunct Diem) and Dan Boneh, (a cryptographer at Stanford University) to its team. The new members will assume advisory roles for the standardization of the CCIP.

As reported, the crypto lending platform, Celsius, will be the first DeFi platform to implement the CCIP in its services. When finally released, the CCIP will penetrate the core DeFi and smart contract platforms.

Instead of ‘managing’ the shortcomings of a system due to its perks, a blockchain application can complement one blockchain or cross-chain solution using the other.

For developers, it speeds up user adoption and simplifies the creation of super-efficient applications, and brings the best possible user experience into existence. One really interesting thing is that CCIP offers all these on a platter. Implementing the Chainlink CCIP into an application would need less effort than the abilities they confer on DeFi applications.

Like Nazarov said, the CCIP will herald in an entirely new category of more advanced hybrid smart contracts and pioneer a new breed of DeFi applications and Web3 developers. It does this by uniting blockchains and cross-chain solutions. A new level of interoperability in the Web3 space in two aspects – social and technological.

On the social side, it brings blockchain communities and developers together. Users on one blockchain can automatically utilize the provisions of the other blockchain. The scenario this creates goes beyond simple utilization of protocols from different blockchains or borrowing assets locked by a peer on another blockchain.

On the technological side, blockchains can not only communicate with each other but also borrow facilities from each other.

With cross-chain bridges being a fertile ground for hackers and exploitations, Chainlink CCIP will give blockchain users a new level of security. With the CCIP, migrating tokens to another blockchain will take less effort than using third-party bridges and presents a more secure migration infrastructure.

To learn more about cryptocurrency and DeFi protocols, check out CoinGecko Learn.

Joel loves discussing cryptocurrency and blockchain technology. He is the founder of CryptocurrencyScripts.
Follow the author on Twitter @agboifesinachi