Bitcoin: Merge renders ETH less of a cryptocurrency as per this BTC maximalist

What is happening in the World of Cryptocurrency? – Forbes Advisor Australia

Bitcoin [BTC] maximalist and Microstrategy board chairman Michael Saylor recently said that the Ethereum [ETH] Merge meant BTC was going to be stronger. Bloomberg reported that Saylor made that statement while attending an Australian conference. According to him, moving from Proof-of-Work (PoW) to Proof-of-Stake (PoS) renders ETH less of a crypto asset. Saylor said,

“Proof-of-Work is the only universally accepted, proven method for creating a digital commodity.”

Strong, but not all round

It may, however, seem that the ex-CEO made some significant points. This is because BTC has been hitting some highs lately. Leading on-chain platform, Glassnode, revealed that the number of addresses holding 1 BTC and more reached another All-Time High (ATH).

Additionally, BTC also showed strength per the amount of supply last active in ten years. According to the details, the metric was now at an ATH of 2,516,592.726 BTC based on Glassnode data. 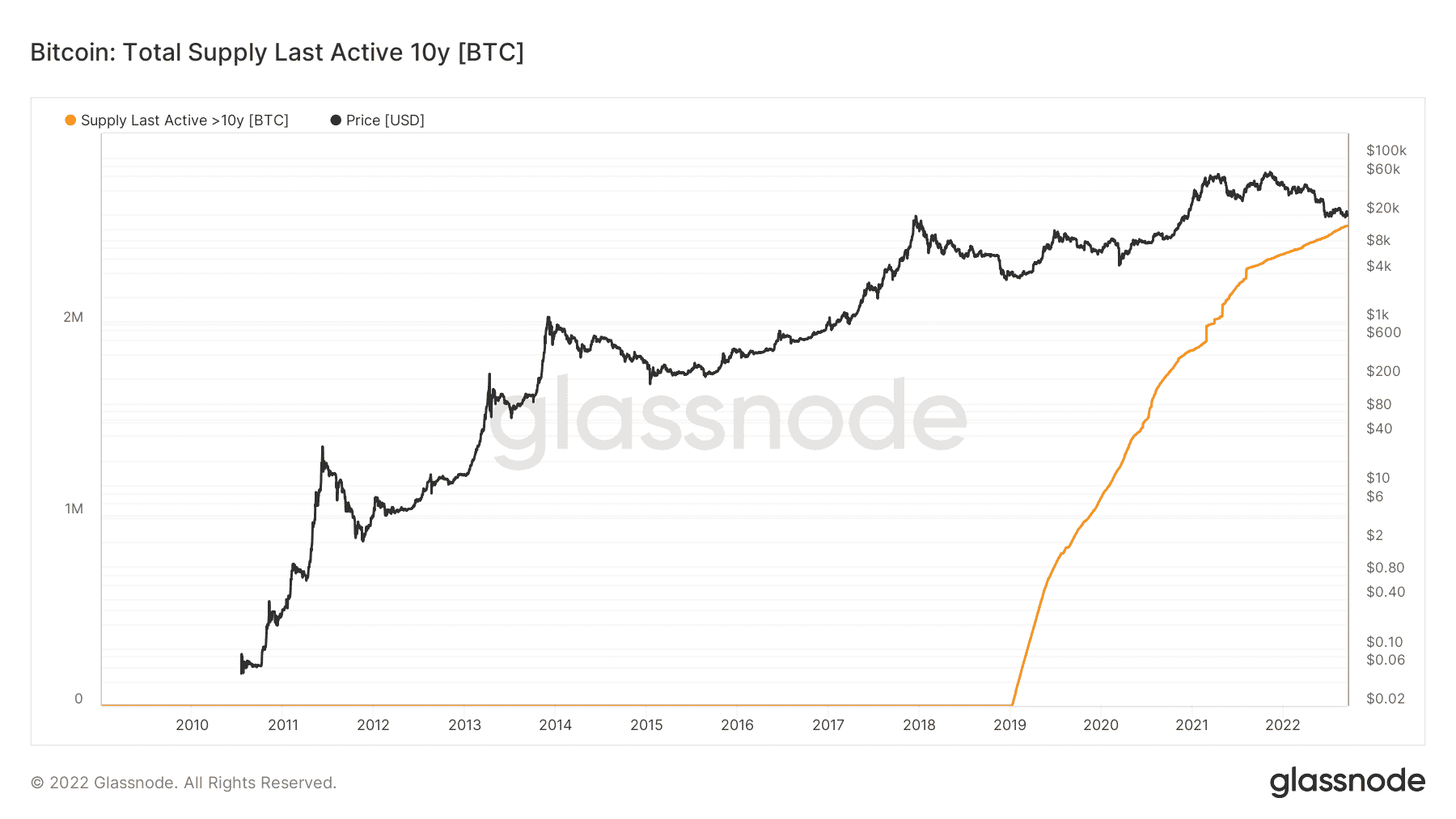 However, BTC did not record highs in all aspects, as there were some lows in significant areas. CryptoQuant showed that the seven-day mean exchange inflow and outflow were down from the last 24 hours. While the mean exchange inflow decreased by 46%, the outflow recorded a 54% decline. 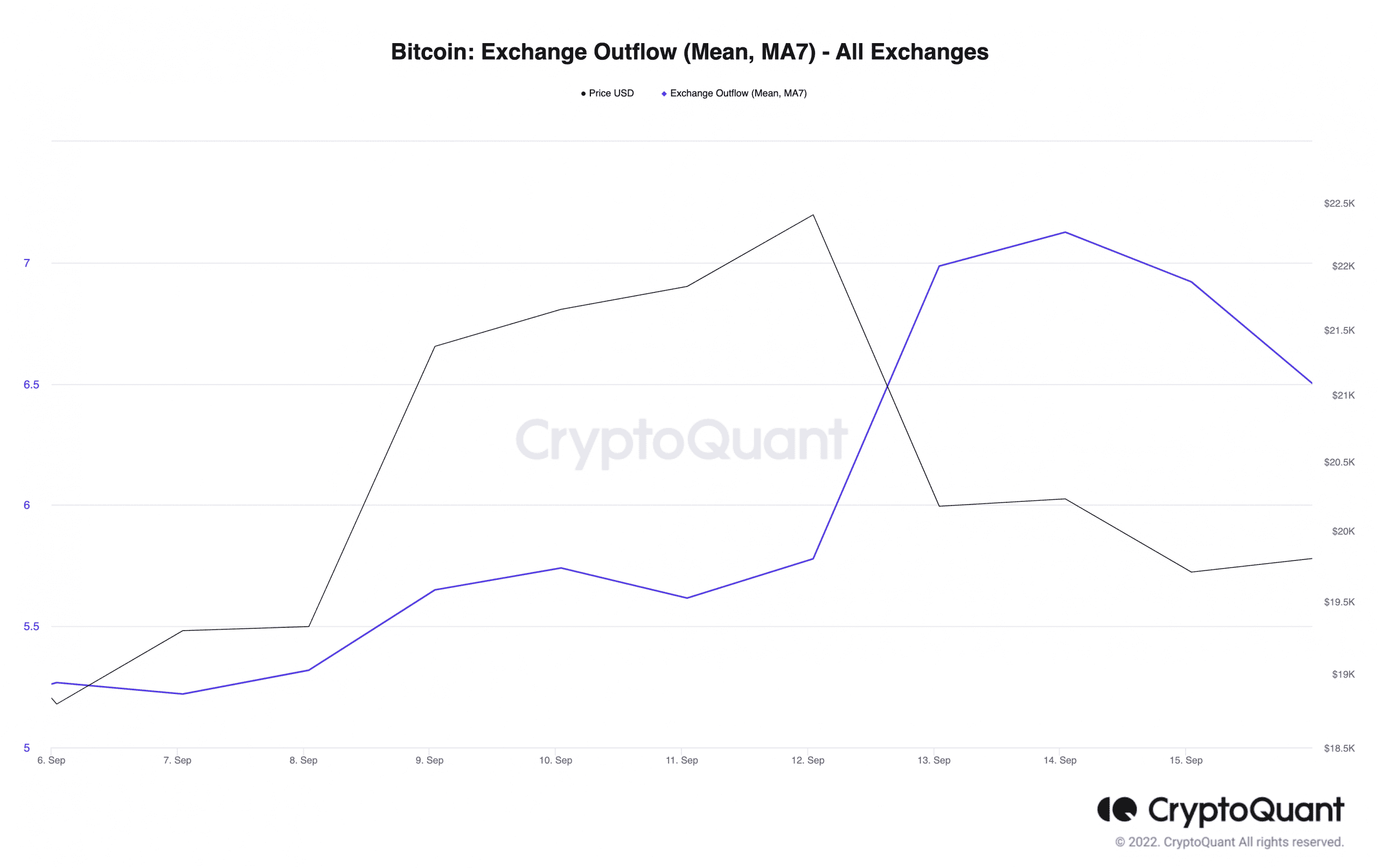 This decrease may have been expected following a massive selling pressure per increased exchange coin inflow earlier.

On the derivatives aspects, Coinglass showed that over $27 million worth of BTC had been liquidated in the last 24 hours. There seemed to be some stability compared to the previous day’s levels. Per the open futures interest, there has been an increase across almost all exchanges.

At press, the open futures positions were a cumulative $14.68 billion. This state meant BTC traders had been active in both long and short positions.

While BTC might have shown strength in the derivatives market, its price was not on the same page. CoinMarketCap revealed that BTC had lost control of sustaining $20,000. At the time of writing, it was trading at $19,882.

Despite outrage from some ETH faithful corners about the securities tag, Saylor seemed to have made up his mind. The executive had earlier stated that Bitcoin had no alternative. He went further by tweeting the Wall Street Journal article on the Securities and Exchange Commission (SEC) considering ETH as securities.

Finally, there was no clear indication that BTC was no more substantial than ETH. However, loyalists from both ends would hope one is proven wrong as time goes on.

What is happening in the World of Cryptocurrency? – Forbes Advisor Australia

The catastrophic meltdown of crypto titans FTX and Alameda Research has rocked the cryptocurrency world over the past fortnight. The rumour that the pair had blurred the lines...

Shares of technology companies fell sharply as traders braced for another leg down in digital-currency markets and Chinese economic activity. Shares of Apple fell sharply after Bloomberg reported...

What Does a Risk Analysis Say About CoinMerge (ERC-20) (CMERGE) Thursday?