Telegram to launch a cryptocurrency exchange and non-custodial wallet


Editor’s Note: With so much market volatility, stay on top of daily news! Get caught up in minutes with our speedy summary of today’s must-read news and expert opinions. Sign up here! 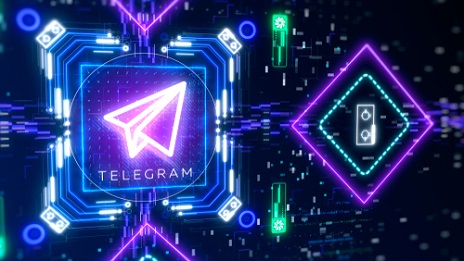 Durov made the announcement via his official Telegram Channel on Wednesday, saying “The blockchain industry was built on the promise of decentralization, but ended up being concentrated in the hands of a few who began to abuse their power.”

He directly referenced FTX in his opening paragraph, highlighting the fact that “a lot of people lost their money when FTX, one of the largest exchanges, went bankrupt.”

More than anything, the developments over the past year have demonstrated that the crypto ecosystem as a whole needs to return to its decentralized roots, according to Durov.

“The solution is clear: blockchain-based projects should go back to their roots – decentralization. Cryptocurrency users should switch to trustless transactions and self-hosted wallets that don’t rely on any single third party,” he said.

To create movement on this matter, Durov called for developers to help steer the blockchain industry away from centralization “by building fast and easy-to-use decentralized applications for the masses,” which he said are now feasible.

The CEO pointed to the recent creation of Fragment – a fully decentralized auction platform that operates on The Open Network (TON) – which “took only 5 weeks and 5 people” to develop.

“Fragment has been an amazing success, with 50 million USD worth of usernames sold there in less than a month,” Durov said. “This week, Fragment will expand beyond usernames.”

Building on this momentum, Telegram now plans to launch additional tools that can help promote the move toward decentralization in the crypto ecosystem.

“Telegram’s next step is to build a set of decentralized tools, including non-custodial wallets and decentralized exchanges for millions of people to securely trade and store cryptocurrencies. This way we can fix the wrongs caused by the excessive centralization, which let down hundreds of thousands of cryptocurrency users,” he said.

Now is the time to move beyond the inefficiencies of legacy platforms and centralization, Durov proclaimed, adding that technologies like TON have the potential to “give the power back to the people.”

This is not Telegram’s first foray into the world of crypto, as the platform launched The Open Network, and its native Toncoin (TON) token back in May 2020. The project ran into a major roadblock, however, as the U.S. Securities and Exchange Commission charged the platform for conducting an unregistered offering of digital tokens and ordered Telegram to return more than $1.2 billion to investors and to pay an $18.5 million civil penalty.

At the time of writing, Toncoin (TON) is trading at a price of $1.83, up 6.11% on the day following the announcement from Durov.

A Beginner's Guide To Understanding Cryptocurrency? Points To Note – Eye On Annapolis

Litecoin Price Revisits $56, What Is Next For The Bulls?