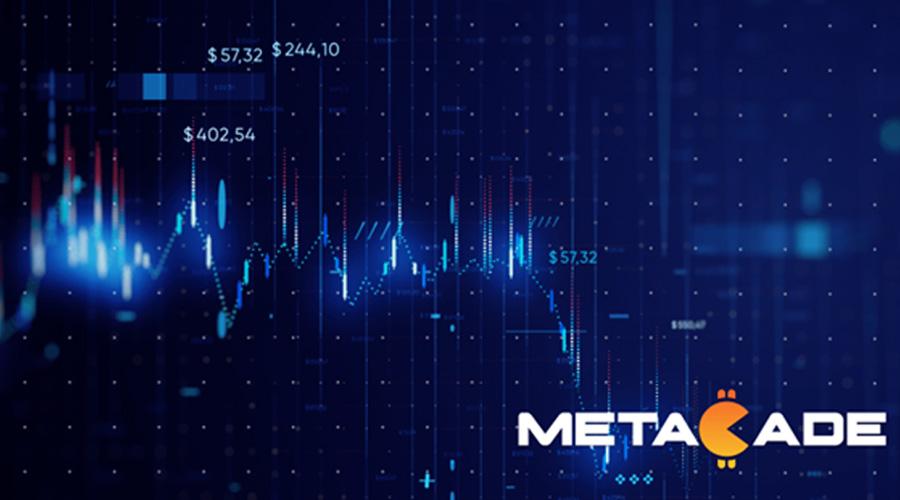 Popular metaverse coins like Decentraland’s MANA have had a rough 2022 but not all projects in this niche are struggling. In fact, some projects are even thriving right now. For example, Metacade’s native coin MCADE is having an ultra-successful presale and shooting up the rankings of the top metaverse coins out there.

So, why is MANA falling while MCADE rises? And what does this say about the future of metaverse coins? Keep reading to find out.

Metacade is a virtual arcade that brings together the best Web3 games and makes them accessible on a single platform. From fantasy RPGs to puzzle games, there’s going to be something for every kind of gamer to enjoy in Metacade. The platform will have a special focus on P2E games for those who want to earn while they play.

Metacade is built to be enjoyed by everyone and has no barriers to entry. All that you need to do is visit the project’s website and start exploring the games that you want to play.

Users will also be able to earn money by engaging with Metacade in various ways. Of course, players can earn money by playing P2E games. On top of that, they can receive MCADE by entering competitive tournaments, and even posting content that gets engagement from the broader community.

How does Metacade work?

One of Metacade’s key principles is putting the power back into the hands of the players. With the gaming industry becoming increasingly centralised in recent years, gamers have seen a decline in game quality as well as a huge focus on microtransactions and pay-to-win mechanics. Metacade aims to upend all that and make gaming for gamers again.

Part of Metacade’s setup is focused on the coin MCADE. Users can use their MCADE tokens to access some of the most exciting up-and-coming P2E and GameFi games. In fact, every time users post something that the community finds valuable, they’re rewarded for their contribution with the MCADE token.

The MCADE will be used in governance voting to help decide how the platform itself functions and operates. Holders will also have a say on which game developers receive funding to build new games on the platform via Metagrants.

Once the games become developed, they will also be added to the expanding Metacade arcade, ensuring that users will always have new gamer-endorsed titles freshly produced for the platform.

When you stop to consider this ambitious roadmap that gives players what they really want, then you can see that Metacade has fantastic potential to grow as the metaverse revolution gains traction.

How is Metacade different from other metaverse coins like MANA?

Decentraland (MANA) is one of the most ambitious metaverse coins out there but Metacade still manages to stand out in each of the following ways.

Metacade Delivers Many Games on One Platform

Decentraland is a single game. Even though that game is super ambitious, it will only appeal to certain types of people.

Metacade, on the other hand, is providing access to many P2E games on a single platform. This ensures that everyone is going to have something to enjoy on the platform, regardless of whether they enjoy the first title they try or not.

It’s also important to note that Metacade’s design ensures it’s constantly evolving. New games are always being added to the platform, whereas projects like Decentraland tend to get stale rather quickly.

This will help to keep users coming back to Metacade time and time again. It gives the project a level of staying power that most other metaverse coins lack.

Metacade Gives Everyone a Way to Earn Income

Metacade opens up plenty of avenues to earn income. In Decentraland, you can only earn income if you want to gamble or you’re an artist who can create wearables for user avatars.

With Metacade, you can earn income by playing games if you want, posting content that the community engages with, staking your tokens, or entering (and hopefully winning!) tournaments and prize draws on the platform.

This ensures that everyone coming through the virtual door has the opportunity to make money through Metacade, regardless of what their skills are or where their interests lie.

Is the Metacade token a buy? How much does MCADE cost?

Metacade is clearly an up-and-coming project with a ton of potential. Its presale is currently ongoing, although it should be noted that prices are set to go up. At the start, you could purchase 125 MCADE for $1. By the time the presale ends, your $1 will only get you 50 MCADE.

That means there’s no time like the present to start exploring Metacade and make a decision about investing in it. You can learn more about the project by checking out the following links.

You can participate in the Metacade pre-sale here.

- Partner reality – what you need to know about the Metaverse  ComputerWeekly.com Source link

How the recession could impact brands’ metaverse spending – Digiday

Do You Know Best Legit Ways to Earn Litecoin for Free?

Is “The Howey Test” outdated? Modernizing regulations for the digital age

What is Litecoin? How Does it Work? – Forbes Advisor Canada