Ethereum Holds Off Slip Below $1,200: Here’s a Spotlight on the Alt Markets

Mizar Review | Is The Upcoming Mizar Bot Trading Platform Worth Your Attention?

The first three weeks of December have been bland, at least for Bitcoin and Ethereum holders, but sour to altcoin speculative traders. The new crypto-week has set off on a recognizable quiet note after a weekend headlined by an aggressive sell-off of alts featured heavily in the portfolio of corporate venture capital firm Digital Currency Group. For macro headlines, the major one thus far this week is the latest surprise yield policy change by the Bank of Japan (BoJ) which announced a raise of its cap on benchmark 10-year yields by nearly double, widening the yield range from 25 bps to 50 bps. The unexpected shift saw the Japanese Yen climb up while prices of some assets got rattled before regaining foot.

Bitcoin registered a mild price decline on Monday evening, shedding a few hundreds but bounced off strongly before the end of the day to wind down the only sight of volatile action. Ether traced a similar path slipping towards Saturday’s lows before resuming an ascent course above $1,160. Though the former asset has changed hands above $16,700 for the better part of Tuesday, analysts caution that the case for a retest of $16,000 remains on the cards. 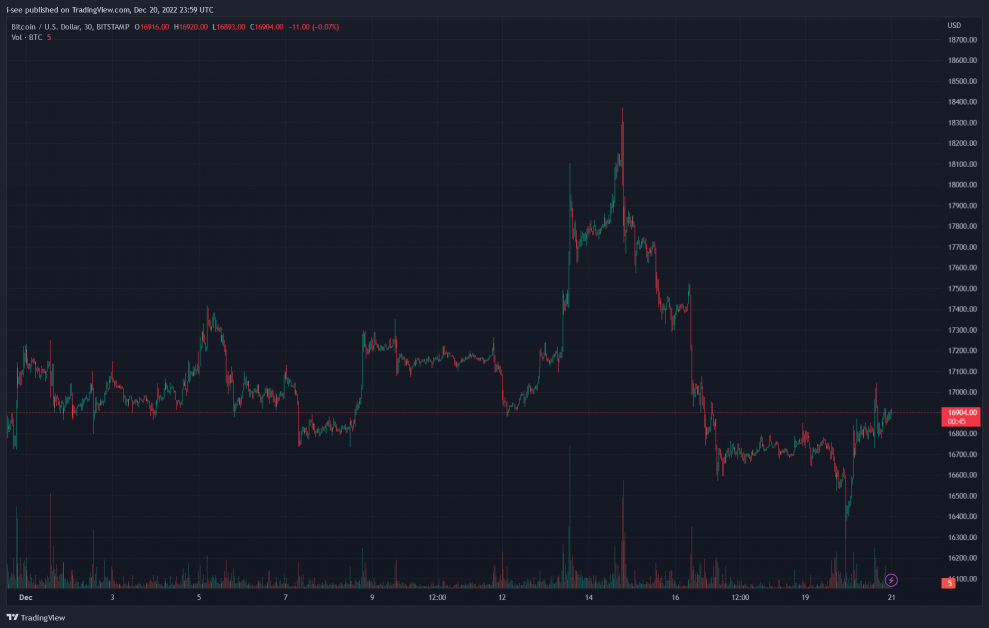 The forecast bears relevance amid a resurgence of traditional stock markets and whale activity as significant sways to the crypto market that has, for the majority of 2022, been immersed in a red sea.

“[Rising Central Banks balance sheet] have been one of the main drivers behind [BTC price]. Bitcoin has traded in tandem w/combined balance sheets of Fed, BoJ and ECB” one markets analyst remarked this week.

In other developments, the latest near biweekly mining adjustment delivered a 3.27% increase, sending the difficulty’s theoretical figure to 35.36 T (block height 768,096) from 34.24 T after the previous adjustment at height 766,080.

The current figure marks the fourth consecutive month the difficulty figure has been above 30T – the last adjustment below was 28.35T observed on Aug 18.

A Santiment report published last Thursday on the current whale accumulation trend concluded that the supply controlled by Bitcoin’s whales has been contracting for almost  14 consecutive months as part of a dump-off that has weighed on crypto prices. Bitcoin balance on exchanges has declined to a four-year low, with a similar trough being formed for Ether balances as per Glassnode data. 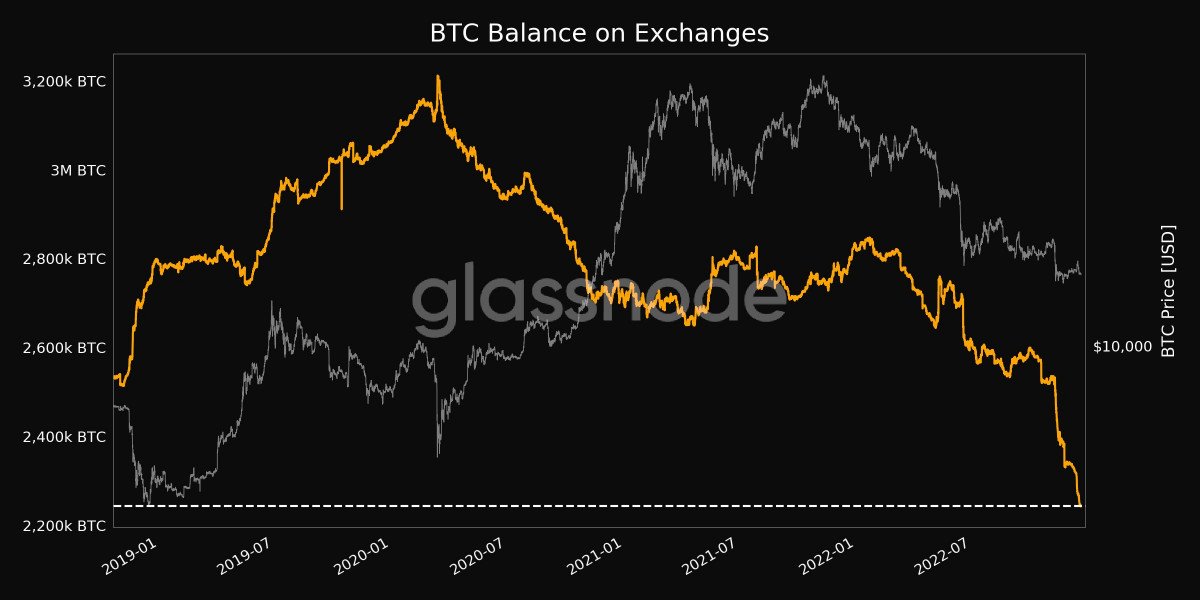 The pair also logged negative daily on-chain exchange flows at -$48.2M and -$67.6M on Monday as the realized capital for both assets fell to a 15-month low. Meanwhile, Bitcoin’s market value to realized value (MVRV) ratio has trekked below 0.9 for more than two months after a drastic slide to 0.798 on Nov 10. 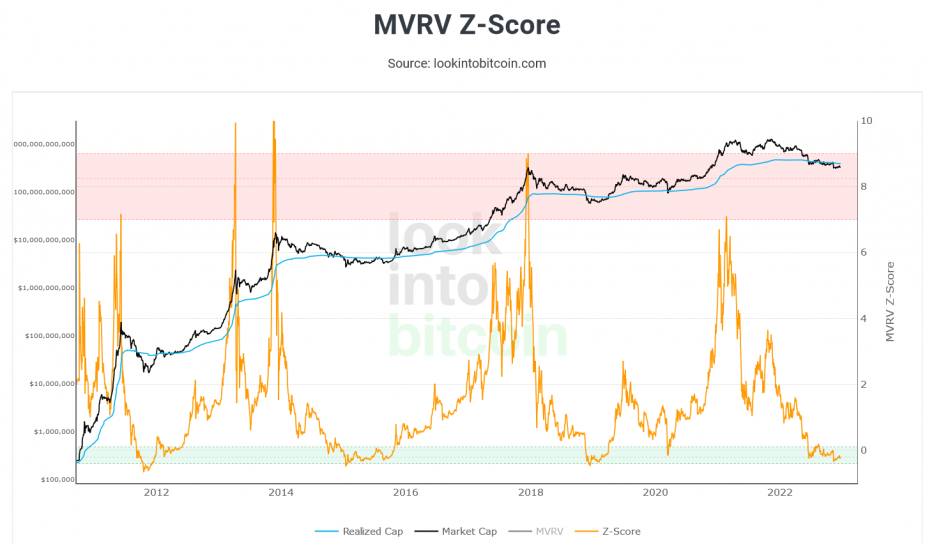 Ethereum network’s surging activity is a good sign for investors

Utility on Ethereum has been on the rise thus far in December, evidenced by the number of daily active addresses recently pacing to a 17-month high, according to market intelligence platform Santiment. The previous activity hype of similar magnitude coincided with a profit-taking breather after a bull run in the digital assets market. The number of non-zero addresses also reached an all-time high on Monday, per data from on-chain data provider Glassnode. 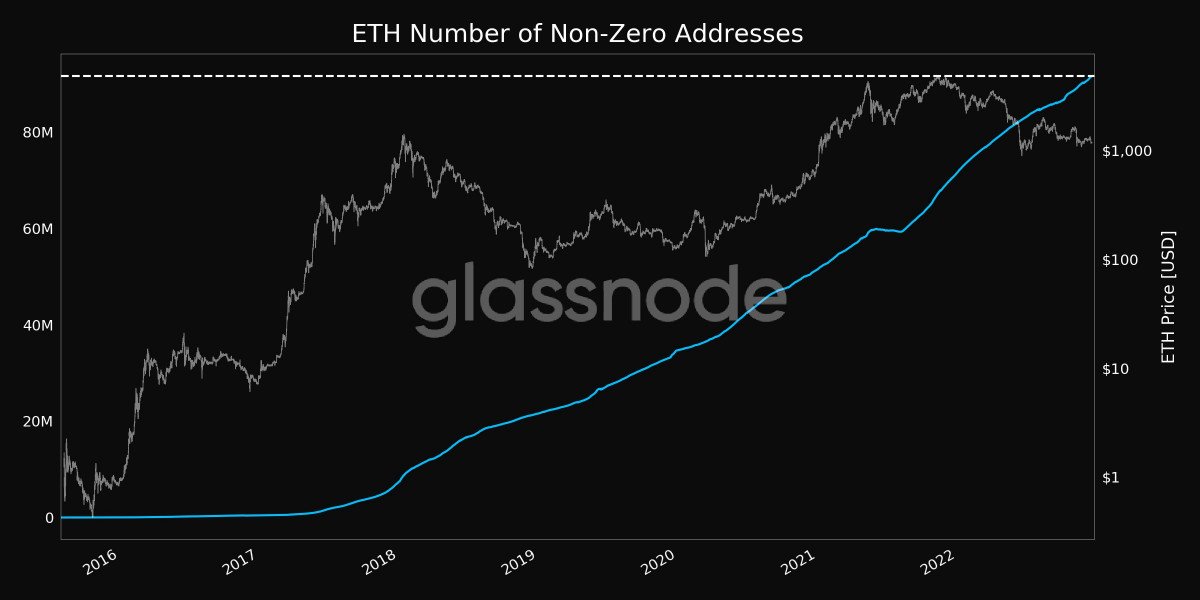 The number of addresses sending to exchanges (7d MA) swelled to a 4-month high last Wednesday. Meanwhile, the total value of Ether deposited in the 2.0 Contract is currently at a record high of 15,654,999 ETH. The milestones add to others that could back Ethereum price heading to end-year. Ether is up 4.30% in the past 24 hours but 7.85% down over the last seven days. Reviewing the ETH/USDT price action, trader Michael van de Poppe earmarked $1,190 as a suitable mark for longs. For BTC/USDT, the market analyst anticipates a break of $17k if the pair holds above its current consolidation range.

To learn more, check out our Investing in Ethereum guide.

Beyond Bitcoin and Ether, other trending coins are Filecoin (FIL), XRP (XRP), and Cardano (ADA). Filecoin (FIL) featured in a list of assets associated with DCG that saw a price decline over the weekend alongside Zen (ZEN). Santiment data shows that whales and shark XRP holding addresses have been steadily accumulating in December. The sized addresses and percentage supply held figures are rocking all-time highs of 1,617 and 7.23%, respectively. Trust Wallet token (TWT), Axie Infinity (AXS), OKB (OKB), GMX (GMX) and Near Protocol token (NEAR) are top among those trading in the green today. In a separate Tuesday insights report assessing the potential influence of the skeptical minds of traders, Santiment analyst BrianQ singled out Chilliz (CHZ) and Chain (XCN) as some of the assets that have taken a beating during this bear market. Chain (XCN) has roughly 5.50% on the day and more than 38.45% since last week.

To learn more, check out our Investing In Trust Wallet token guide

Most top crypto projects are trading at historical pain points that have typically birthed northward breakouts according to MVRV opportunity and danger zone divergence. The soaking panic and flashing signal of a ripening chance could create a critical entry zone for several alt projects. As for sentiment, there is still a felt presence of uncertainty following last week’s suspension of exchange auditing services by accounting firm Armanino and Mazars Group. Mazars, behind proof-of-reserves (PoR) audits for major digital assets trading platforms, including Binance and Kucoin, cited “concerns regarding the way its Proof-of Reserves reports are understood by the public” as the reason for the suspension in a statement to CNBC.

ZURICH/LONDON, Jan 26 (Reuters) - FTX has objected to a U.S. Department of Justice request for an independent investigation into the once-prominent crypto exchange's collapse, saying it is...

Mizar Review | Is The Upcoming Mizar Bot Trading Platform Worth Your Attention?

Stablecoins in the cryptocurrency market help provide U.S. dollar-pegged tokens within the volatile industry. In bull markets, the market capitalization of stablecoins tends to decrease as investors flock...

Coinbase gets hit with a sanction in the Netherlands, details inside

Coinbase was sanctioned over $3 million for failing to register with Dutch authorities duly. The exchange was also listed as one of the creditors of FTX in the...