Top 10 Reasons Why Metaverse Would Fail Miserably in 2023

The current state of metaverse interoperability: Where design framework must go from here – VentureBeat 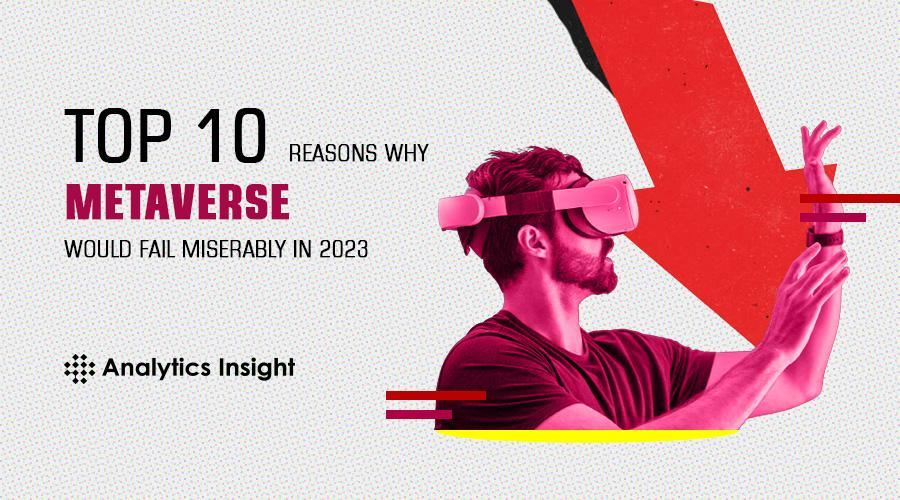 There are enough reasons to explain why Metaverse would fail. Here are the top 10

Metaverse touted to be the next inflection point in the digital world, is at its cross-roads. Touted as Web 3.0 with a promise of virtual reality experience as the main proposition, is now struggling to stop from falling. And this is before it could even begin. Ever since its stocks were featured it had lost nearly $18 billion on the Reality Labs segment on revenue of just over $4 billion. For many reasons it has proved to be an overrated concept with most users losing interest in the Meta concept. According to a recent WSJ article, Meta’s Horizon World is hardly getting consumer interest. Most users do not return to the virtual world after the first month and therefore the user base is on a steady decline. The reasons go beyond its outdatedness or Mark Zuckerberg’s audacity in promoting it as inevitable futuristic technology. Here are the top 10 reasons why Metaverse would fail.

No consensus on what it is

Metaverse, as of now is not an exclusive project from Meta. But the way it is trying to create an impression is only detrimental to the company. It has been here even before Zuckerberg’s ‘brainwave’ was. It is more than augmented reality enabled and connected virtual worlds.

The recent State of Digital Customer Experience report from CMSWire states that 42% of organizations do not have any perceivable interest or are paying attention to the Metaverse at all and a further 39% have adopted a ‘wait and see’ attitude.

The VR and AR aspects clearly lack maturity which is demonstrated through Mark’s recent announcement, ‘Meta has been able to develop legs for their avatars’. The legs were actually animated in the demo. And also the requirement of a VR headset for being in Meta is at odds with the convenience factor.

For Metaverse to be one single, immersive environment, then it will require collaboration between the companies like Meta, Alpha, Microsoft, Apple and Amazon. Metaverse still being just a commercial opportunity for these companies, it might end up creating some different environments for different users.

The user growth hitting the ceiling, the company had to be content with modest gains in new users across its family of apps, including Instagram, Messenger, and WhatsApp. Facebook, the core networking app, had shed about a million users the end of the year.

When Mark rebranded Metaverse VR, it manifested in several fantastical ways. Only that they turned out to be on par with online video games like BeatSaber or Betamax video.

Understanding Meta or rather where his trends are going right now is akin to a puzzle for investors. More so when it is losing its senior executives like Sheryl Sandberg. There is a lack of paybacks in short terms and with a recession looming, investors are reluctant to put in more.

Google is eating into its ad revenue

Unlike Meta, Google is not heavily dependent on Apple for user data. Mr. Wehner said it was likely that Google had “far more third-party data for measurement and optimization purposes” than Meta’s ad platform. Therefore most advertisers started shifting to the Google platform.

Tik Tok is assembling a metaverse hardware, content, software and platform lineup similar to that of Meta. Its venture into Blockchain and VR is sending alarm signals to Meta so much so that Meta’s CEO asked its employees to make videos of its new pivot.

The current state of metaverse interoperability: Where design framework must go from here – VentureBeat

The current state of metaverse interoperability: Where design framework must go from here  VentureBeat Source link

Interpol working out how to police the metaverse – BBC

Interpol working out how to police the metaverse  BBC Source link

Litecoin (LTC) and Binance Coin (BNB) Are Crypto Assets To Keep on the Radar As Whale Activity Spikes: Santiment

Maybe the Metaverse, NFTs Aren’t the Next Big Things